I have over 10 years of design and programming experience, working for Big-Robot ltd, producing client driven projects, teaching game design at University level and creating cutting edge game-projects for Phd research. I work mainly in Unity, but I also have experience of working with c++, openframeworks, developing for Ios & Android platforms and Nintendo Switch.

I have worked on many aspects of design and programming including; AI, UI, UX, level design, VFX, sound design, game mechanics, physics, animation, shaders. I have produced several projects as a solo developer, but I am also used to working in teams, directing art/sound/animation, defining additional programming, managing production, workflow, testing, releases and repositories.

I have given presentations about creative coding and game design at various international venues including GDC (San Francisco), Indievelopment (Amsterdam), Rezzed (UK). I have a Phd in philosophy & game design and have a specific interest in procedural generation and generative art.

The games listed below each have their own info page (on steam/itch etc), but more info is also available on request.

THE LIGHT KEEPS US SAFE

The Light Keeps Us Safe is a procedurally-generated apocalypse in which only The Light can save us. Use stealth and evasion to avoid terrifying machines that patrol the desolate world, and employ the powers of Light to unpick their deadly traps. Early access, due for release 2019

THE SIGNAL FROM TOLVA

The Signal From Tölva is an open-world first-person shooter set on a distant, haunted, future world. Unlock savage weapons and recruit robots to fight alongside you as rival factions struggle to discover the source of the mysterious signal. What you discover will decide the fate of a world.

“A lean, intelligent sci-fi shooter with a watchmaker’s eye for detail.”
80% – PC Gamer

“It’s like being gently hugged by a strange cloud that occasionally fires lasers.”
Cool Ghosts
Available on Steam

SIR YOU ARE BEING HUNTED

Sir, You Are Being Hunted is a procedurally-generated British horror in which tweed-wearing robots hunt you for sport. Roam the landscape, scavenge for food, hide breathlessly in the undergrowth, flee in terror, and even fight back with stolen weapons.

Sir is a stealth and survival game unlike any other, set on a mysterious archipelago generated procedurally by you, and therefore unique to each game you play. You can define your own islands, each one created in moments by our rather clever British Countryside Generator. These islands are then populated by a raving aristocracy of murderous robots, their robot hounds, and worse. You job is simply to survive, and get home.

It’s part of my PHD research to investigate ideas that connect games, permutation and the sublime. The race track is generated from a series of noise filtered ‘biome’ styling functions. There are about 12 region types ranging from chasms to archways and caves, all generated in real time as the player progresses. I might post a more technical article about the actual methods used later. The only aim is to travel as far as possible, hampered by the fact that over time/distance the generation algorithms make the track more hazardous and convoluted. 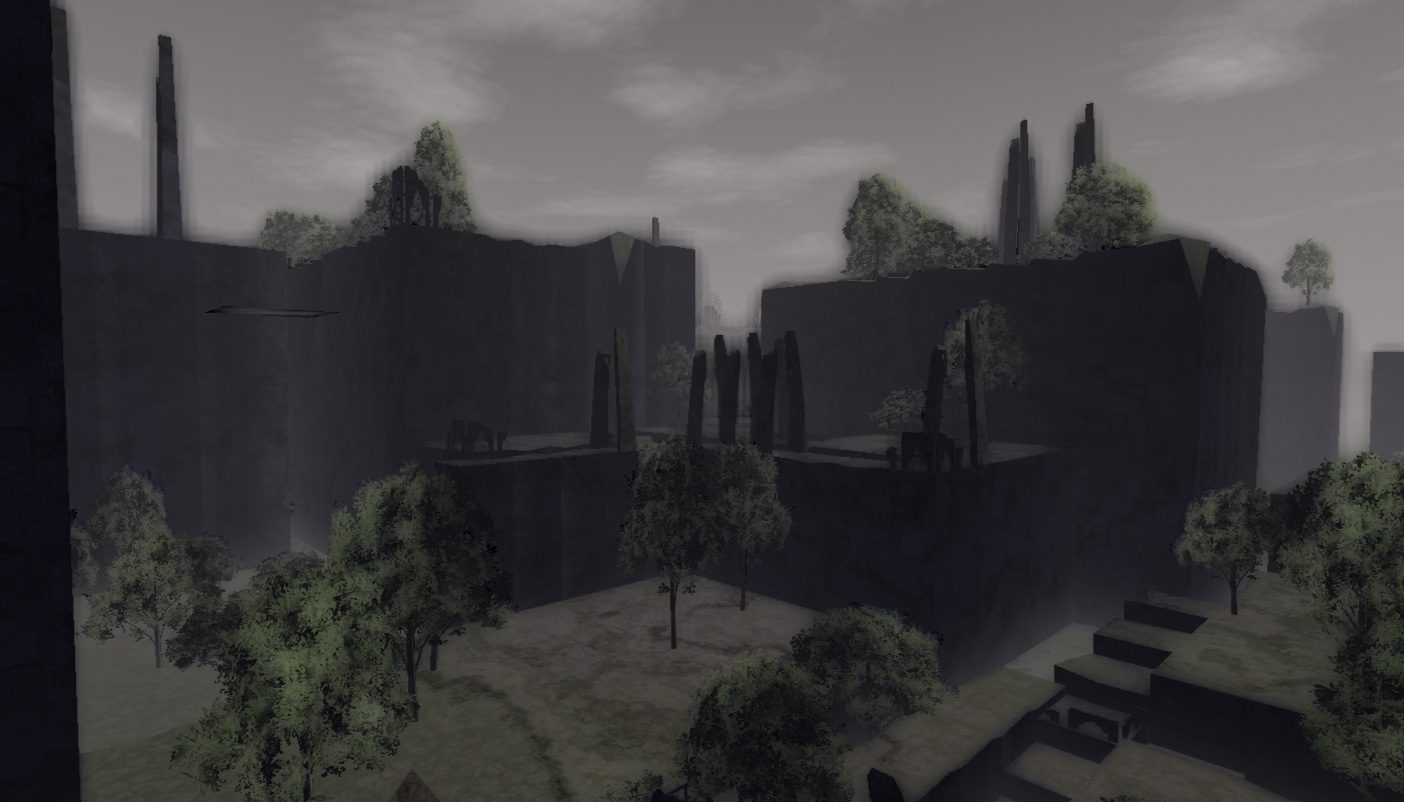 ‘In Ruins’ is an experimental, ambient game examining the procedural construction of space. It’s part of an ongoing Phd research project to investigate ideas that connect games, permutation and the sublime. It’s part of a series of games inspired by artistic interpretations of the sublime, in this case the work of Romantic landscape painters (Thomas Cole, Caspar David Friedrich etc). Its also heavily influenced by Fumito Uedas Ico series.

The player is deposited on the edge of a procedurally generated island. The island consists of overgrown pathways ruined spires and broken ramparts. A central tower looms above the island beckoning the player towards it.

AVSEQ is an audio-visual sequencer puzzle game. Connect falling atoms to unlock near-endless varieties of music at each stage. Every level of AVSEQ is a music sequencer with 2.2300745198530623×10^43 possible audio permutations, that’s 22 tredecillion in total!