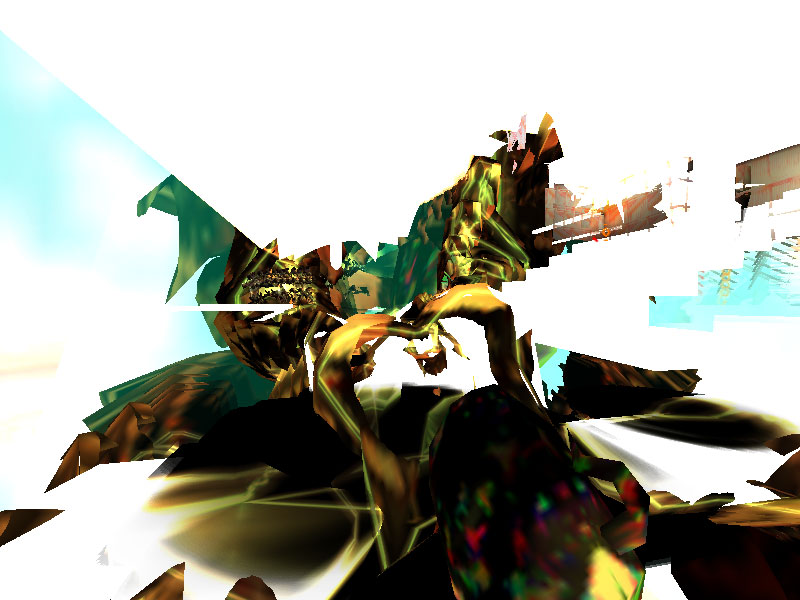 ‘QQQ’ is an ambitious project, working with cutting edge technology and contemporary gaming culture. The work has developed from a series of game modifications that span the history of computer game development. Ever since the first home computers played host to primitive games there has been a culture of modification. In many cases the aim of this manipulation is cheating (the infamous POKE commands of the 8bit era), but for some people the ability to modify or hack a game meant the opportunity to expand it’s horizons, to allow greater and more abstract possibilities into the code.

The history of hacking and modification is a dual one, attracting both glamour and derision. However the recent growth of open source projects and the success of linux and other open systems has led software manufactures to rethink their approach to mods. In fact many games manufactures now openly encourage mods, providing free tools and incorporating successful alterations into the next generation of their software.

Observing the development of games and game modifications reveals not only the technical but also the social progress of games and gaming culture. A prior series of hacks by the artist demonstrate the movement from low-res solo player games to visually complex multiplayer experiences.